Posted at 08:03h in Credit Card Processing by AdvoCharge 0 Comments

EMV stands for Europay, MasterCard, and Visa and is an initiative started by the three companies to ensure the security and interoperability of all chip-based payment cards, including those provided by not only MasterCard and Visa, but also by JCB, American Express, China UnionPay, and Discover (Europay was absorbed into MasterCard in 2002). In this age of fraud, where thieves are successfully hacking into even the systems of corporate giants (such as Home Depot and Target), the protection afforded by magnetic stripe credit cards is quickly becoming antiquated due to evident inefficiency in safeguarding its holder. 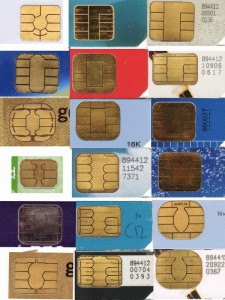 Whereas magnetic stripe cards’ security entail a merchant’s physical inspection for both the signature and hologram on the card, the EMV system cards, or “smart cards,” as they’re sometimes referred to, use PIN and cryptographic algorithms to provide authentication of the card to the processing terminal and the card issuer’s host system. Because any security breach comes at a huge cost to both merchant and merchant services, credit card companies have set a deadline of October 2015 for businesses to be EMV-ready, or else face much higher charges in the event of a security breach.

While the security benefits of transitioning to chip-based payment cards seem obvious, the fees required to make the switch are less attractive to small business owners, many of which struggle to keep up with the financial demands of day-to-day operations. The main source for frustration for the majority of small and medium sized businesses is the adoption of the new point of sale technology — namely, the EMV internal processing system terminal, which can cost hundreds of dollars.

As reported by an American Express EMV Preparedness Survey, 52 percent of small businesses stated they feel at a higher risk for security breaches than their larger counterparts. And that 52 percent would be correct. There are a number of reasons for this:

According to the LA Times, many small businesses have employees browsing social media and messaging friends on the same computers used to process payments and financial information. Some companies also allow or require their employees to log into company systems using remote networks, increasing the chances that their sign-in information will be stolen. Additionally, it would seem that most small businesses are either simply uneducated as to how they should go about increasing their cyber security, or they don’t have the money to better fund anti-virus software. As a result, many small businesses have been left calculating whether it’s more financially savvy to secure their networks or just pay for whatever repercussions result from not doing so.

Luckily, American Express has further dedicated itself to assist the 23 million small businesses that don’t believe they’ll succeed in making the transition to EMV processing systems by the 2015 goal. At the end of February 2015, the credit card company launched their 10 million dollar national program to fulfill a two-fold purpose: educating small businesses as to EMV chip-card knowledge, and offering to assist with the purchase of new payment terminals.

In the effort to make the transition as convenient as possible, American Express is giving out 100-dollar reimbursements through April 30th, 2015 to small businesses that make an annual sum of less than 3 million dollars, and is making physical, scheduled stops across the United States to educate them. American Express is also hosting a website and hotline that can be called for extra support.

If the transition to EMV systems is a new idea to you, or if you need extra help or educational support to safeguard your business against security breaches, contact AdvoCharge. We make it our job to educate and assist our clients in all merchant services–related issues.